Is there a difference between a coffee producer and a farmer? 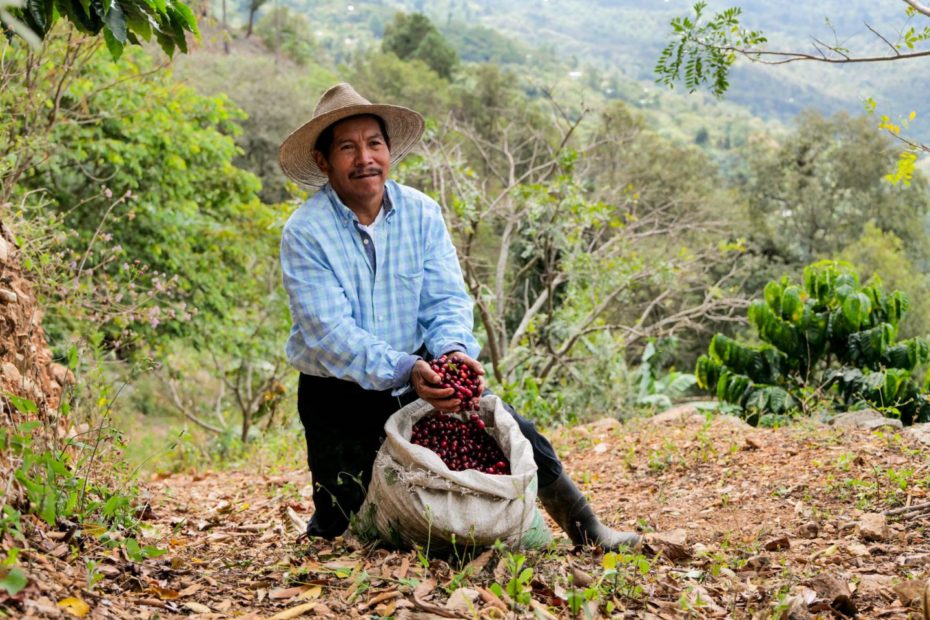 Coffee farmer, producer, grower, supplier – these are all terms used to describe farm-level supply chain actors. They can also be used to define the majority of people involved in the production, harvesting, and processing of coffee.

Over time, “producer” and “farmer” have become interchangeable, with most coffee professionals using both terms to describe people working on farms. But is there a difference between the two? If so, by conflating the terms, are we taking away value from each respective role?

WHAT DOES A COFFEE FARMER DO?

When you read most books, articles, or academic papers about coffee production, there is rarely a differentiation between a farmer and a producer.

Generally speaking, both terms are used to loosely describe any person involved in coffee production – from planting seedlings to when the coffee is sold to a green coffee trader or passed onto a co-operative.

For most coffee consumers, the term “farmer” can conjure images of someone working the land and harvesting cherries. Furthermore, it can insinuate a person who has a deep understanding of coffee production which has passed down through previous generations.

Kenean Dukamo is the export manager at  Daye Bensa Coffee in Ethiopia. For Kenean, the definition is a simple one.

“A farmer is someone who owns or works on a farm, collects the cherry, and makes an income from the coffee grown on the land,” he says. “But most of the time, people refer to everyone working on a coffee farm as a farmer.”

Ernest Igual is the Director of Saint Dreux Coffee Roasters. He believes that farmers can be described as those who are responsible for coffee production from the seedling stage to pruning and fertilising and managing the plants and overall land. Ernest adds that farmers also manage all farm operations.

Based on these definitions, we can describe a coffee farmer as a person who takes part in the physical labour involved in coffee production.

WHAT IS A COFFEE PRODUCER?

Britannica dictionary describes “coffee production” as the cultivation, harvesting, post-harvest processing, storage, and grading of green coffee. When combined together, these activities require a deep understanding of coffee production, as well as a well-developed skill set.

So, does this mean a coffee producer is a farmer who also manages post-harvest processing, or is responsible for the green coffee until it is passed onto the trader or co-operative?

Alejandro Cadena, co-founder and CEO of Caravela Coffee, tells me that the definition is not so straightforward. He explains that geography can influence the definition, too.

“You find farmers in East African countries, like Ethiopia and Kenya, who are growing, farming, fertilising, and harvesting coffee. To me, they are farmers,” he says. “But a farmer in Latin American countries, for instance Colombia, is different.

“This is because they usually will also plant the coffee seedlings, manage the harvests, and carry out the post-harvest processing, like wet milling and fermentation,” he adds.

Ernest, meanwhile, provides further clarification on the differences between a producer and a farmer.

He says: “A producer may not necessarily own any coffee plants, so they might buy coffee from farmers in the region or buy it straight from the market.

“For those producers who do grow coffee, some may sell more than they can produce, so they have to buy more from neighbouring farms,” he adds.

Ultimately, this could mean that while a coffee farmer cultivates coffee plants and harvests cherry, a producer’s job role is to be more focused on post-harvest processing and commercial operations. In some cases, a producer may not even grow coffee at all.

However, it’s also important to note that there can be some crossover between the roles of a producer and a farmer as the job activities are not always mutually exclusive. This can make the differentiation between producers and farmers difficult and confusing for many in the coffee industry – especially for consumers.

Besides defining the people involved in coffee production more accurately, why should we use the terms “producer” and “farmer” separately?

Importance of accurate data and statistics

Many academic, trade, and international development organisations collect data and statistics on global coffee production and farmers. This includes smallholder farmers who own or manage fewer coffee trees on smaller parcels of land. Fairtrade UK estimates there are 25 million smallholder coffee farmers who produce around 80% of the world’s coffee supply.

Within official reports, there is little distinction made between the definitions of producer and farmer – which can impact the validity and accuracy of the data.

For instance, an organisation’s claims that a certain percentage of coffee farmers do not make a living income could potentially be misleading. If there is no differentiation between a producer and a farmer (especially smallholders), it is unclear as to who the data is referring to.

Alejandro tells me that the prices paid to both producers and farmers can often vary.

“A producer who delivers dry parchment can receive a lot more money than a farmer who delivers the cherry,” he says. “There is a risk of confusing the two terms; a farmer’s income and a producer’s income are usually not the same.”

Ernest explains that the impact of fluctuating C prices and rising costs of farming equipment and materials can disproportionately affect farmers compared to producers.

“Producers can be more [financially protected] than farmers,” he tells me. “The cost of inputs has also majorly increased in parallel, which generally impacts farmers more than producers.”

In terms of marketing, Kenean explains how using the two terms interchangeably can diminish transparency for the end consumer.

“Roasters and consumers sometimes want coffee sourced from a single farm,” he says. “In Ethiopia, it’s rare to sell coffee from a single farm because they are so small. There are many farms spread across different regions which grow different coffees.

“However, roasters will sometimes refer to one farmer on their packaging, which is actually inaccurate and misleading,” he adds.

What’s more, the lack of distinction between a producer and a farmer could cause confusion for some consumers. They may wrongly think that the person named on the packaging is solely responsible for growing, harvesting, processing, and post-harvest processing, whereas they may have just carried out only half of these activities.

Ultimately, this could create false perceptions for consumers about the true roles of a coffee farmer and a coffee producer.

Recognising the value of these roles

It can be argued that a lack of distinction between producers and farmers has the potential to diminish the value of each respective role.

“For some consumers, there is little to no awareness on how coffee is produced,” Alejandro explains. “When you think of wine, you think of the winery.

“When you think of coffee, some consumers just think of the roaster. This largely is a result of where the final product acquires its value,” he adds.

Coffee gains more value once it has been roasted and branded, which mostly happens in consuming countries. Therefore, the prices paid to those involved in coffee production will be a minimal proportion of what the coffee will sell for once roasted.

“We need to give proper credit where it’s due and clearly explain job roles in coffee production,” Alejandro tells me.

The first step in using the terms “farmer” and “producer” more accurately is to acknowledge and change language across the coffee industry. This can happen through raising awareness and educational initiatives.

“Formal training carried out by organisations like the Coffee Quality Institute or the Specialty Coffee Association should include clarification between the two definitions,” Ernest says. “This would be a great first stepping stone.”

Changing consumer perceptions to make the distinction is also important. According to Alejandro, traders, roasters, and people involved in the marketing of coffee must contribute to creating this change.

“We need more transparency and clarity – we owe this to consumers,” he explains. “At Caravela, we believe that we shouldn’t get credit for something that we don’t produce.

“We consider ourselves agents for farmers who preserve and highlight the quality of their coffee as much as possible. We make this clear to our clients through our marketing,” he adds.

Kenean, meanwhile, tells me it’s essential for producers and farmers to also spread further awareness. If people involved in the production of coffee are transparent about growing, harvesting, processing, and post-harvest processing, then this information can be more clearly conveyed to the consumer.

The language used to describe coffee production undoubtedly assigns a level of value to the people involved. If we generalise or aren’t specific enough, we are in danger of taking some of that value away.

Differentiating between a farmer and a producer means recognising the skills required for each role, but it’s not always possible to have this information to hand, especially for consumers.

Ultimately, it’s about respect and assigning more value to coffee production in general.